“The Ode to Bartholomew the Brown” is the second most famous Adventure song in the history of the bears of Haven. “Adventure My Bear, Adventure” is of course the most famous, sung every summer as Young Cubs go out for their Adventure (and hummed by some bear, somewhere, most other days of the year). It is the silliest of the Adventure songs, and that is why it is so loved. “The Ode to Bartholomew the Brown” though is famous for a whole different reason.

Written, (so legend says) by an Elder Bear named Muncel a century or so after the time of Hegel, the Ode became famous because of how long it was. Muncel meant it to be that way.

“Fifteen verses is hardly enough to tell all that could be said about Bartholomew the Brown, so I made it twenty-three. And even that is not enough!” he is rumored to have said. “Five choruses, and let’s not get carried away with too much melody. We don’t want to distract from the words. It’s the story that counts. The Story!”

And what is the story? Well … it’s not really clear until the seventh verse, and even after that it’s still quite hard to tell. There’s a lot about snow drifts and the different sounds the wind makes. And amongst it all is Bartholomew and his trusty winter boots.

“All the way to the Gladderstone and on through the blizzard gale, those boots stayed sure and steady all the way to Flannenfail.”

What is the Gladderstone? And where is Flannenfail? There is not a bear in Haven who knows. But one thing is for certain. By the end of the third line of the twenty-third verse (and just before the final choruses), those boots bought brave Bartholomew the Brown safely to his home. 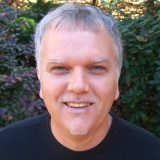 Join The Growly Club to stay up-to-date with all the Growly news. You'll also receive a free short story when you subscribe.

Haven't read the books yet? Don't worry, there are no spoilers in the short story!

Join The Growly Club to stay up-to-date with all the Growly news.

Phil and Erin Ulrich live in South Carolina, where they are at work on the continuing adventures of Growly.